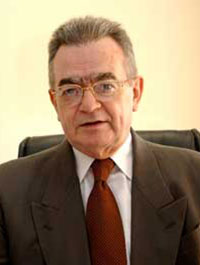 René Chamussy was born on the 15th of December 1936 in the French city of Lyon (Rhône). A French citizen, he received his Lebanese citizenship in 2012.

He entered the Jesuit Order in 1956 and moved to Lebanon in 1960. He stayed there for 2 years before leaving and coming back in 1969, after which he remained in Lebanon until his passing on the 27th of October 2016.

His speeches delivered on St. Joseph Day, Patron Saint of USJ, while he was Rector can also be added to this list.