The Dark Horse of Nuclear Chemistry 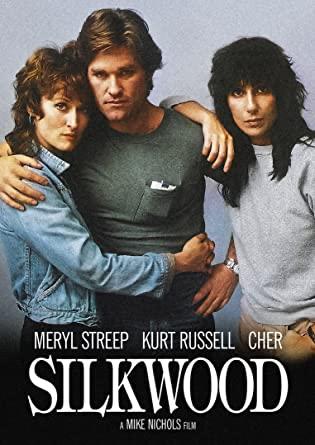 Honoring Women’s History month, let us talk about a dark horse of the nuclear energy researchers: Karen Silkwood. Mrs. Silkwood was an American chemical technician at Kerr-McGee Cimarron Fuel Fabrication Site and became the first woman in the union negotiation team. To commemorate her legacy and her undeniable work in the nuclear domain; the eponymous movie was released in 1983 starring the legendary Meryl Streep in the scientist boots!

The movie talks about overtime workers making plutonium fuel rods for the nuclear plant, which is about an important contract. The movie is not just about plutonium, it portrays the American working class as people who are afraid to lose their job and where the corporation is the real villain. Eventually Karen Silkwood fits in a daily routine in her daily, yet dangerous job.

Silkwood shares a home with two of her coworkers: her boyfriend Drew Stephens (Drew Russel) and her best friend Dolly Pelliker (Cher). Moreover, she has to deal in a conflict of the custody of her three children, despite a troubled relationship with her boyfriend and growth of affection to her best friend.

The turning point of the movie is when Silkwood is convinced that the company is falsifying safety reports and neglecting the healthcare of its employees. Little did she know that her own body was contaminated by 400 times of the legal limit of plutonium. As her health continued to deteriorate, and after long nights of gathering information, Silkwood contacted a New York Time reporter and secured a nighttime interview.

The movie closures with Streep singing “Amazing Grace” and the car wreckage of the scientist pulled away from the scene. At first, you will think that the movie is a normal sci-fi one, with a big mushroom exploding at the end, but perhaps “Silkwood” is an unpredictable movie and will leave you with more thoughts in the end.

The 131 minutes long movie secured the 5th Academy Awards nomination for Streep (out of 21 nomination) and the 1st nomination for Cher. Cher also won the Golden Globe Awards for the Best Supporting actress cementing her career not only as a singer but also on the silver screen!

In the end, “Silkwood” tells the story of an ordinary, hardworking and passionate woman, who made those people mad simply because she told the truth as she saw it and did what she thought, was right. Adding the mix of talents made this movie one of the most dramatic yet a good one in the box offices.