She directed her film “Feminization” in the framework of her studies at the Institute of Theatre, Audiovisual and Cinema Studies (IESAV). 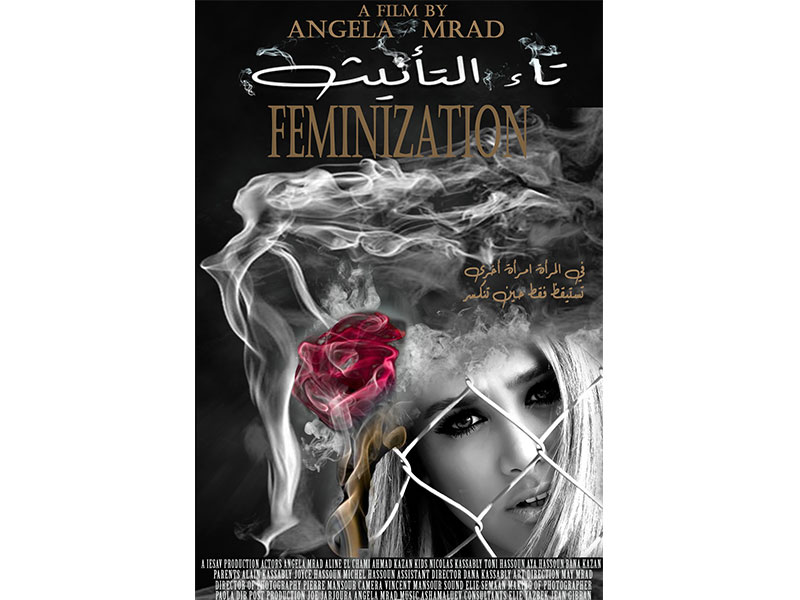 Through her film “Feminization”, Angela Mrad has proven that willpower can prevail over the worst adversities. Having received the authorization from the Lebanese General Security just a few hours before the August 4 Explosion, she decided to direct the film brilliantly against all odds! The TV and Radio host recently received the Best Director Award at the Mykonos International Film Festival.

In “Feminization”, made within the framework of her studies at the Institute of Theatre, Audiovisual and Cinema Studies (IESAV) at Saint-Joseph University of Beirut (USJ), the director tells the story of Amal (masterfully played by Angela), a 28-year-old girl who is going through an emotionally heavy period.  She falls pregnant out of wedlock, and eight years after the abortion, she only asks for a chance to forget. She meets Majed, an 8-year-old boy who has no identity, who tries to sell her a red flower and it is then that he rips open a gap between “memory” and “innocence”.

The young director insists on the importance of giving a voice to the marginalized through cinema. The film deals with the issue of a single mother in a patriarchal society, not to mention abortion, children’s right to education, and violence and oppression of women and children due to poverty.

Angela Mrad has been selected as a juror for international film festivals as “Feminization” travels from Bollywood to Hollywood. The film will be screened at the TCL Chinese Theater in Hollywood and on the Uvtcineplex platform as part of the Standalone Film Festival and Awards Los Angeles.

Angela Mrad said she was proud to be part of the “Beirut Tehki” podcasts within the framework of the “Rise to Bloom” Initiative. She is proud to be the voice of resilience and to give some hope to the listeners. She added that today more than ever, the Lebanese need hope, unity and solidarity and that this initiative, although it was mainly aimed at members of the USJ Community, succeeded in spreading its message to the largest number of listeners.