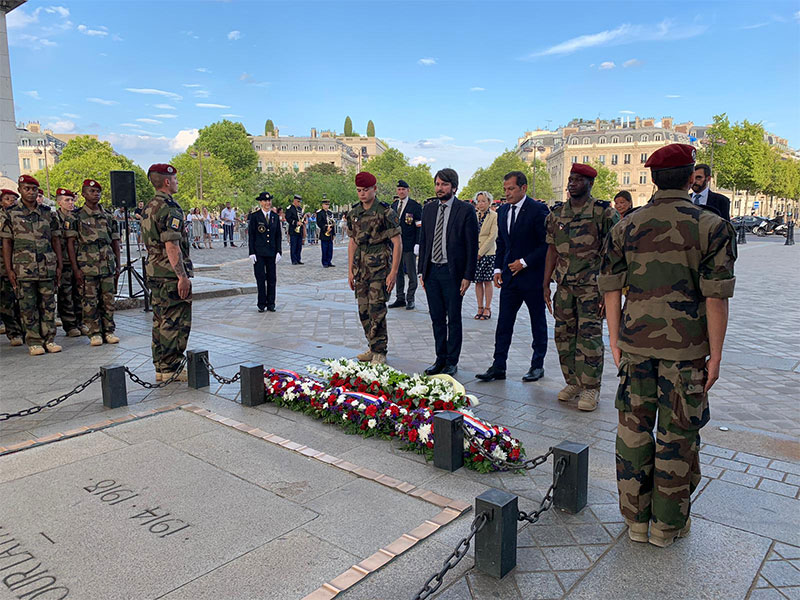 To mark the 102nd anniversary of the Proclamation of the state of Greater Lebanon in 1920, Professor Christian Taoutel, Head of the Department of History and International Relations at Saint Joseph University of Beirut (USJ) gave a lecture on September 1st at the headquarters of Le Souvenir Français (founded in 1887) in Paris and then participated in the Commemoration of the Rekindling of the Flame to the Unknown Soldier at the Arc de Triomphe, in homage to General Gouraud.

Mr. Taoutel also received the medal of Le Souvenir Français which was awarded to him and USJ, for the ongoing and future collaborations coordinated by Mr. Taoutel and Mr. Vignaud.

This commemoration was held in the presence and with the collaboration of the Ambassador of Lebanon in France, H.E. Rami Adwan who delivered a stirring and touching speech. Among the attendees were also Maroun Eddé, Lebanese essayist, and Admiral Emmanuel Gouraud, grandnephew of General Gouraud.