How hard would it be to translate some of the slogans brandished in the streets of Beirut? 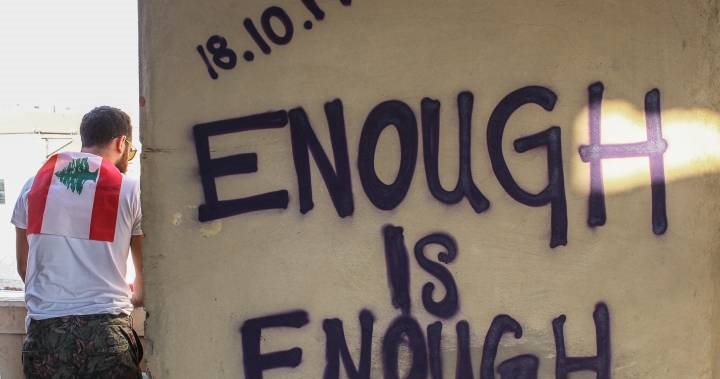 Unless you’ve been living under a rock, you’ve surely seen the countless signs written by expatriates in support of their country, Lebanon. You’ve also probably seen the occasional slurs with the cheeky translation underneath claiming to be about the beautiful weather. Although the humor behind it was not lost on us, it made us wonder how hard it would be to (correctly) translate some of the slogans brandished in the streets of Beirut.

Some were easier to translate than others. For example, a girl sitting in a wheelchair had written: “I will leave this chair before you do”. Another had written “I can’t have my mother’s nationality, but I can defend her revolution”. Subtly hinting at the imposed taxes that caused quite the stir, a sign read “We won’t pay for your corruption”. A student, however, made things a bit harder for us. Playing on the Lebanese word for ‘fail’ ‘أسقط’ that could be used for grades as well as unwanted governments, he wrote: “My grades might be falling, but so is the government”. From a translator’s point of view, it went downhill from there. Puns were thrown everywhere and while there’s no denying that English is a rich language, it was of no match to Arabic. Graffiti lined the gates of the national bank of Lebanon cleverly accusing it of stealing by simply changing two letters “مسرق لبنان”. We, on the other hand, couldn’t come up with anything better than “The national tramp of Beirut” … Yeah.

Just before throwing our certificate in the trash, we decided to try translating one last pun “أجمل فصول السنة: فصل الدين عن الدولة” with “A separation that won’t leave me scarred: the separation of religion from the constitution” and although the translation had nothing to do with the original one, we’d like to think the spirit is still there.