Russia’s intervention in Syria: a geopolitical why.

Syria’s ongoing civil war for 9 years witnessed a handful number of interventions for it and against it. One of the strongest interventions is Russia’s backing of Bashar El Assad’s regime against what they call the “rebels”. And the question is why? 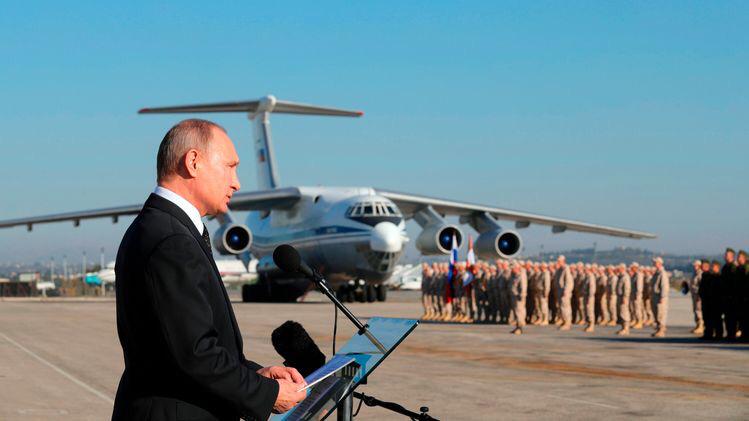 Realism is a theory essentially about power and security. States relentlessly seek power and security because they exist in a self-help system, and they seek autonomy because in a world no one shall be trusted, no state wants to be interdependent. Realists tend to be pessimistic despite the various powers (which we mentioned above) that a state holds, as they show a sign of primitive thinking if we can say so by focusing on national security and state survival, thus staying on alert of rivalry, conflict and war between states.

Let’s get practical shall we?

On the 13th of April 2018, the USA, UK, and France coordinated an air strike on three sites associated with Syrian Dictator Bashar Al Assad’s chemical weapons program. On the other side of the globe, Russia decided in September 2015 to intervene in the conflict on Syrian grounds. This act is considered to be Russia’s biggest military intervention in the Middle East since 1989.

First and foremost why is Syria so important to the West?

We’re talking geopolitics: Syria’s value lies in its geography, it’s situated between Europe and the Persian Gulf with direct access to the Mediterranean Sea. Add to that the fact that Syria neighbors powerful states such as Turkey, Iraq, Occupied Palestine and Saudi Arabia. The stability of Syria and it being under the West’s influence would secure international interests since it has a hold on the Middle East region. And by international interests, we actually mean  two specific things: oil and the security of Occupied Palestine.  USA’s decisions to expand its territory in key regions allowed it to achieve its modern destiny as a two-oceans superpower. On  the other hand, in Russia, we can see the influence of the Arctic, and how its freezing climate limits Russia’s ability to be a truly global power. For Russia, Syria acts as a backbone for it to attain  its one and only goal: the reestablishment of Russia as the greatest world power. Actually, the port of Tartus on the west coast of Syria holds immense importance to Russia due to its geopolitical and commercial value, as it provides Russia with direct access to the Mediterranean Sea and to the economic trade in the Middle East and Europe. This port takes us back  to 1971: the Port was used by Russian fleet to counterbalance the US’ fleet in Italy. And the port  was still used in the same way  when Assad signed a deal with Putin. This deal provided Russian war ships, and it gave Russia legal jurisdiction over Tartus’s naval fleet. Hence why keeping Bashar is a must for Russia. If Syria falls, Lebanon will fall as well, and other states will soon follow, which will threaten Russia’s power since the USA already has its hands on Egypt, Occupied Palestine, Jordan and Saudi Arabia. So it’s really a game of thrones. However, the unipolarity is over ever since Russia formed alliances with Iran and China against the USA and its own allies.

As Syria’s war lives on, and the American sanctions are unleashed, will Russia be able to tighten its grip further more on the eye of the Middle East?