Drama is part of everyday life, but ‘the most wonderful time of the year’ can be spared, don’t you think, Hollywood? 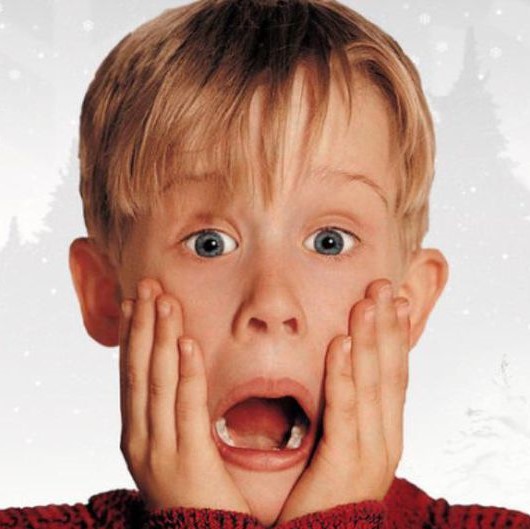 “‘Tis the season to be jolly” … except when it comes to Christmas movies. If you’ve ever watched The Christmas Shoes (2002), The Sons of Mistletoe (2001) or any movie adaptation of Charles Dickens’ A Christmas Carol, you probably know what I’m talking about.

Whatever your religious beliefs are, Christmas is a key holiday in Lebanon. For some people it is about the religious celebration, for others about the presents, or the decorations, or even just a couple of days off work… and for the movie industry it’s time to make family Christmas movies.

Since the very first Christmas movie ever, Santa Claus (1898), and over the subsequent 122 years of the movie industry, directors have tried to inoculate us with the “Magic of Christmas” by making us… cry! Have you ever watched Mickey’s Christmas Carol (1983)? The animation is really beautiful, the colors and the ambiance give it just the right amount of spooky and the plot is simply a classic. But does it have to happen on Christmas? I mean it is supposed to be a children’s Christmas movie, why the drama? Couldn’t Disney just postpone stealing Dickens’ novel to another time of the year and adapt it to any other day of the year? Also, did you know that the movie telling the story of Dickens’ writing the Christmas Carol, one of the most dramatic novels in history, is called The Man Who Invented Christmas (2017)? Just why? And why should a father who’s been prioritizing his band over his family die ON CHRISTMAS (Jack Frost (1998))? Why should there be a poor family facing the agony of the terminally ill mother ON CHRISTMAS (The Christmas Shoes (2002))?

In an attempt to cut the drama, some Christmas movies are made as comedies. Let’s talk about Home Alone (1990), yet disregard its numerous sequels – let’s leave sequels butchering original movies for another day. Joe Pesci’s efforts not to swear in his portrayal of the thief are simply hilarious and Macaulay Culkin’s screaming face is as iconic as it is today for a good reason, I admit. However, if one takes a closer look at the McCallister family, one can’t miss how dysfunctional this family is with all the child neglect, the bullying and the ‘oh so cute’ Kevin slowly growing into becoming a psychopath.

I’ve only talked about old family Christmas movies because these were the ones I watched during my childhood, but if you must insist, I can comment quickly on some of the recent ones. Vanessa Hudgens has been really busy lately coming up with yet another genre of Christmas movies: the cheesy ones. The Princess Switch (2018), The Knight Before Christmas (2019) and Switched Again (2020) … I watched all three of them. The acting is not so bad, the ambiance is Christmassy, but come on, people, please stop recycling plots and come up with brand new ones!

Some might say I’m too old for this stuff, and true, I am. So I decided to take a look at Christmas movies intended for adults. Let me tell you something, it did not go well. Office Christmas Party (2016) and A Bad Mom’s Christmas (2017) both had insanely amazing casts… yet, unfortunately… oops… already went over my word limit.

Merry Christmas and Happy Holidays to all, and if you must watch a Christmas movie, stick to When the Grinch Stole Christmas (2000) for a beautiful message or The Holiday (2006) for a real heartwarming experience.