Since quarantine haircuts have become popular, I decided to try my hand at it. It seemed fun at first, but little did I know, it was going to be a whole adventure for me… 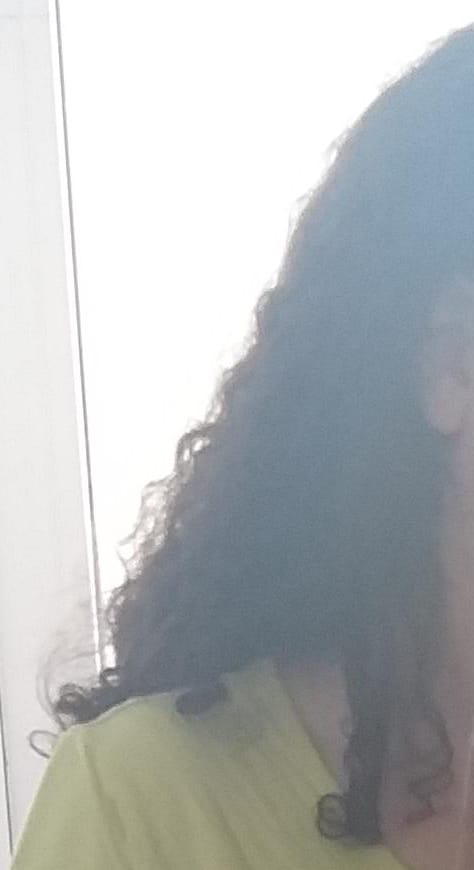 I just woke up after a long and rough night. I can barely function. My head hurts, my neck hurts, my eyes hurt, my eyelids are swollen, my fingers are swollen, they’re crooked, purple and they hurt so bad. Sounds like a scene from an action movie right? Well not really. You see, during the pandemic, I have been trying to avoid a much needed visit to the hairdresser to get an end trimming. And I insist on the term end trimming, not haircut. Why? Because according to the hairdresser’s dictionary, an end trimming is a short bob. Not once have I walked into a hair salon asking for a centimeter off of my dead ends, and actually walked out with the expected result. I believe a lot of you can relate, I mean the struggle is real! This time I decided to take the matter into my own hands. This time I am the hairdresser! After watching endless YouTube videos with people cutting their own hair, be it a fail or a win, I decided to try it myself. It seemed like a lot of fun. I knew exactly what I wanted and how to do it. Plus, what could possibly go wrong? Worst case scenario, everyone is stuck at home anyways, no one is going to see me. If ever, they’ll understand, I mean quarantine haircuts have  become a real thing! Just as I am preparing the scissors and the towel, aka preparing for the glorious moment, I start having doubts. I’m going to cut my own hair for real? Enough drama already, it’s just hair, it’ll grow back. I proceed as planned, sectioning my hair and cutting the split ends one by one, strand by strand… I initially thought it would take one hour maximum. But as hours passed by, I realized I was so wrong, it wasn’t even a close guess. It took me exactly seven hours and fifteen minutes to cut all my split ends! I started at six pm and finished at one fifteen am! Wow! By that time, I was dead tired, with all of the details I mentioned above. I always wanted to try this, and I did it! Now, I have my own quarantine hair story to tell, a hell of a story!