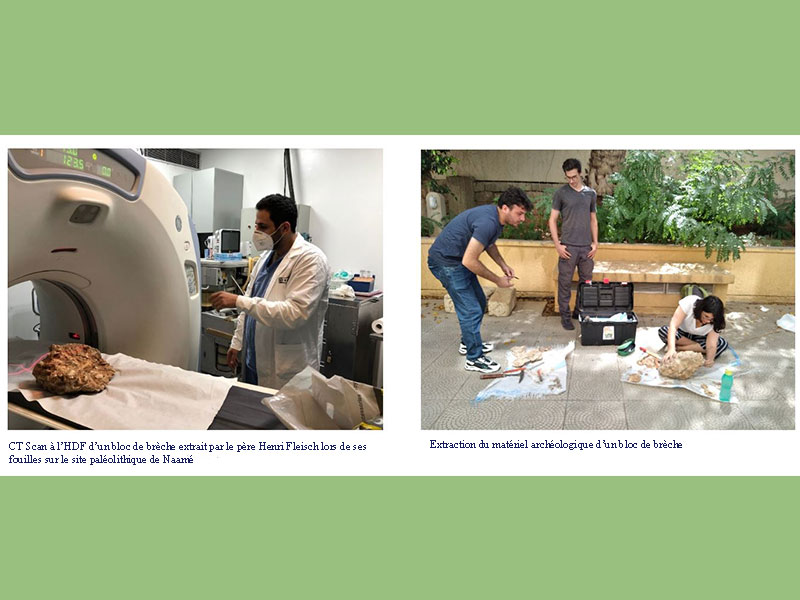 Tracing Homini Occupations of and Migrations through the Levant: Reviving Paleolithic Research in Lebanon (REVIVE) is the title of an archaeological and paleoanthropological project led by Dr. Sireen El Zaatari (Center for Human Evolution and Paleoenvironment, Institute of Archaeological Sciences, University of Tübingen, Germany) and funded by the European Research Council (ERC Consolidator Grants). It is the first large-scale and thorough study of Lebanon’s Paleolithic period.

Recent archaeological, paleoanthropological, and genomic research has revealed that hominids migrated for millions of years. The Levant, which connects Africa, Asia, and Europe, is an important region to investigate. However, our understanding of the hominids that lived in Lebanon is limited. Fossilized bones discovered in Lebanese Paleolithic sites are extremely rare, according to current studies.

The goal of this project, which will run from 2021 to 2026, is to fill knowledge gaps by conducting new multidisciplinary scientific work in the field (evaluation of the potential of already known Paleolithic sites, surveys, probes, and excavations) and on the remains uncovered during previous archaeological excavations and surveys.

The Museum of Lebanese Prehistory makes its collections, the fruit of the Jesuit Fathers’ effort, available to worldwide scholars who are part of the project team, raising the level of future studies and publications.