USJ: Workplace of the Year 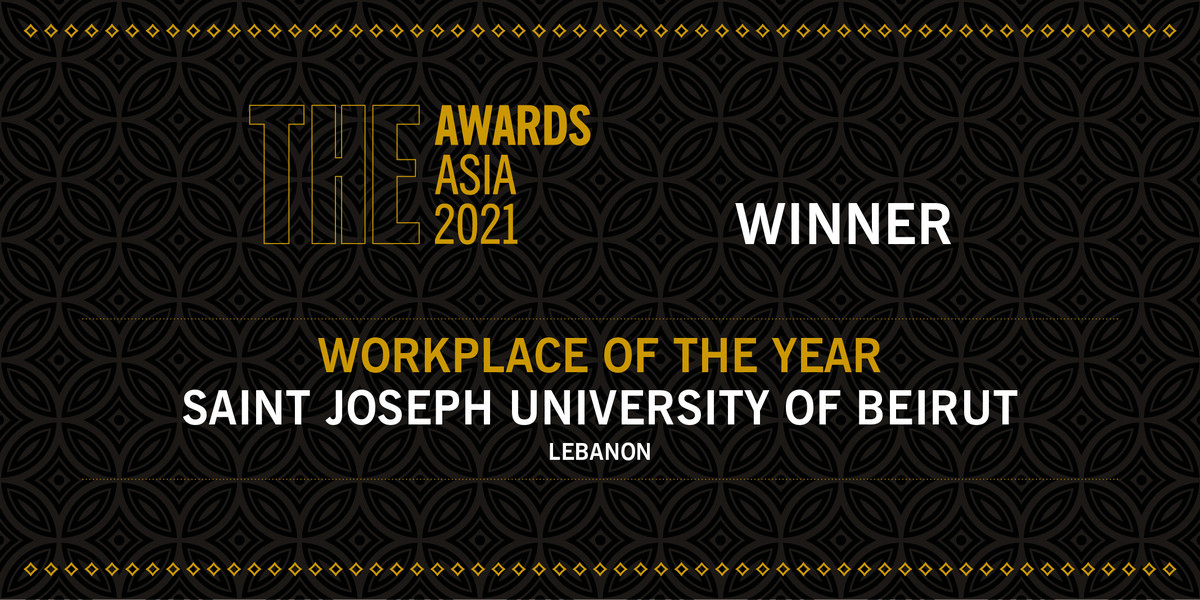 The judges said USJ’s “response in the face of truly terrible circumstances demonstrated its commitment to both internal support and broader outreach, of which the university and staff can be proud”.

“It is a response that was unique to those circumstances but also had the effect of contributing to the creation of a very positive workplace environment,” they said.

Saint-Joseph University of Beirut (USJ) wins the Workplace of the Year Award at THE Awards Asia 2021, hosted by Times Higher Education on Tuesday, December 14, 2021, for its two initiatives “Rise to Bloom” and “USJ en mission.” THE Awards Asia offer a major international platform to recognize outstanding leadership and institutional performance, and celebrate the continent's higher education excellence in all of its diversity. “THE Awards Asia, now in their third year, explore up close the life-changing work done by universities in one of the most diverse and dynamic regions on the planet. It goes without saying that highly ranked, internationally renowned institutions feature on this roster, but they have no monopoly on exceptional achievements. These awards also call attention to institutions working beneath the radar that have been performing near miracles in extremely challenging circumstances,” says Phil Baty, Chief Knowledge Officer at THE.

Following the Beirut double explosion of August 2020, “Rise to Bloom” was established to provide free psychological and spiritual support to the USJ Community (students, staff and faculty). This project motivated USJ members to find hope within themselves and share it with others, following the motto “Rise to Bloom, and Bloom to help others Rise.”

“USJ en mission” began with the “Kitfi Bi Kitfak” campaign, sponsored by the Department of Student Life, whose goal was to provide 2150 food boxes to families in need, between March and April 2020. This initiative was transferred to the USJ Campus Ministry, which coordinated with different USJ departments. Following the August 4 explosion, "“USJ en mission” expanded its scope of work, as well as the number of families receiving assistance, including families affected by the explosion. The project currently aims to create jobs through sustainable development projects in Lebanese villages, organize welfare activities for students, and promote culture in the country.

The poster presented by USJ