Visit of S.E.M. Ibrahim bin Abdelaziz Alsahlawi, Ambassador of the State of Qatar to Lebanon to USJ Rectorate 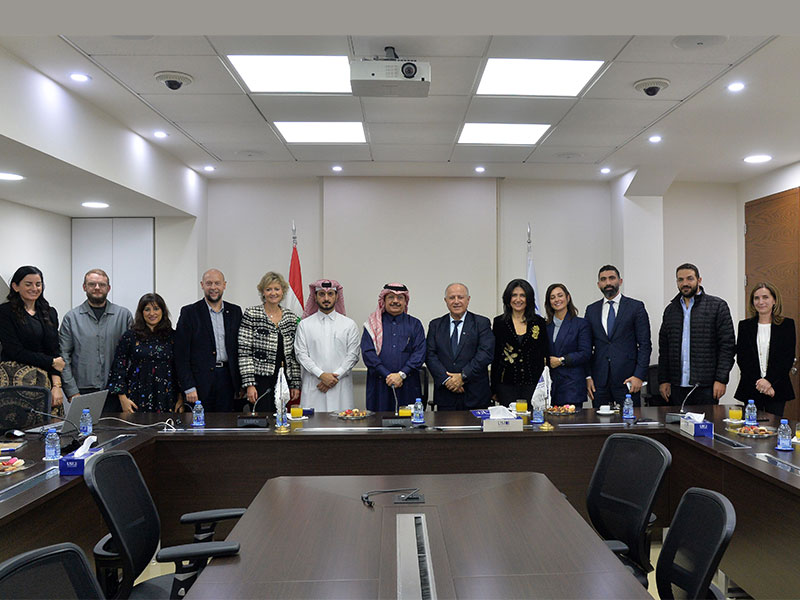 Following the invitation of the Rector of USJ, Prof. Salim Daccache s.j., H.E. Mr. Ibrahim bin Abdelaziz Alsahlawi, Ambassador of the State of Qatar to Lebanon, along with Mr. Ali Elmetawiaa, advisor and diplomat, visited the Rectorate where they were welcomed by the Rector and a team from the University. Mrs. Roula Rafei Jundi and Mr. Rafic Abdallah, two friends of Qatar and USJ Tripoli were also present.

In his welcoming words to his prestigious guest, Prof. Daccache thanked His Highness the Father Emir, Sheikh Hamad bin Khalifa Al-Thani, for the support he has extended to students from Tripoli, emphasizing the personal relationship between USJ and Qatar. On his part, H.E. Mr. Alsahlawi spoke about his country's interest in the education and health sectors as well as Qatar's contributions to Lebanon and the Lebanese, without any discrimination.

Two films were screened during the meeting: the first one was on the history of USJ while the second one was on the crises that our University is facing today. At the end of the visit, Prof. Daccache offered H.E. Ambassador Ibrahim bin Abdelaziz Alsahlawi, the "La Monnaie de Paris" medal of USJ.