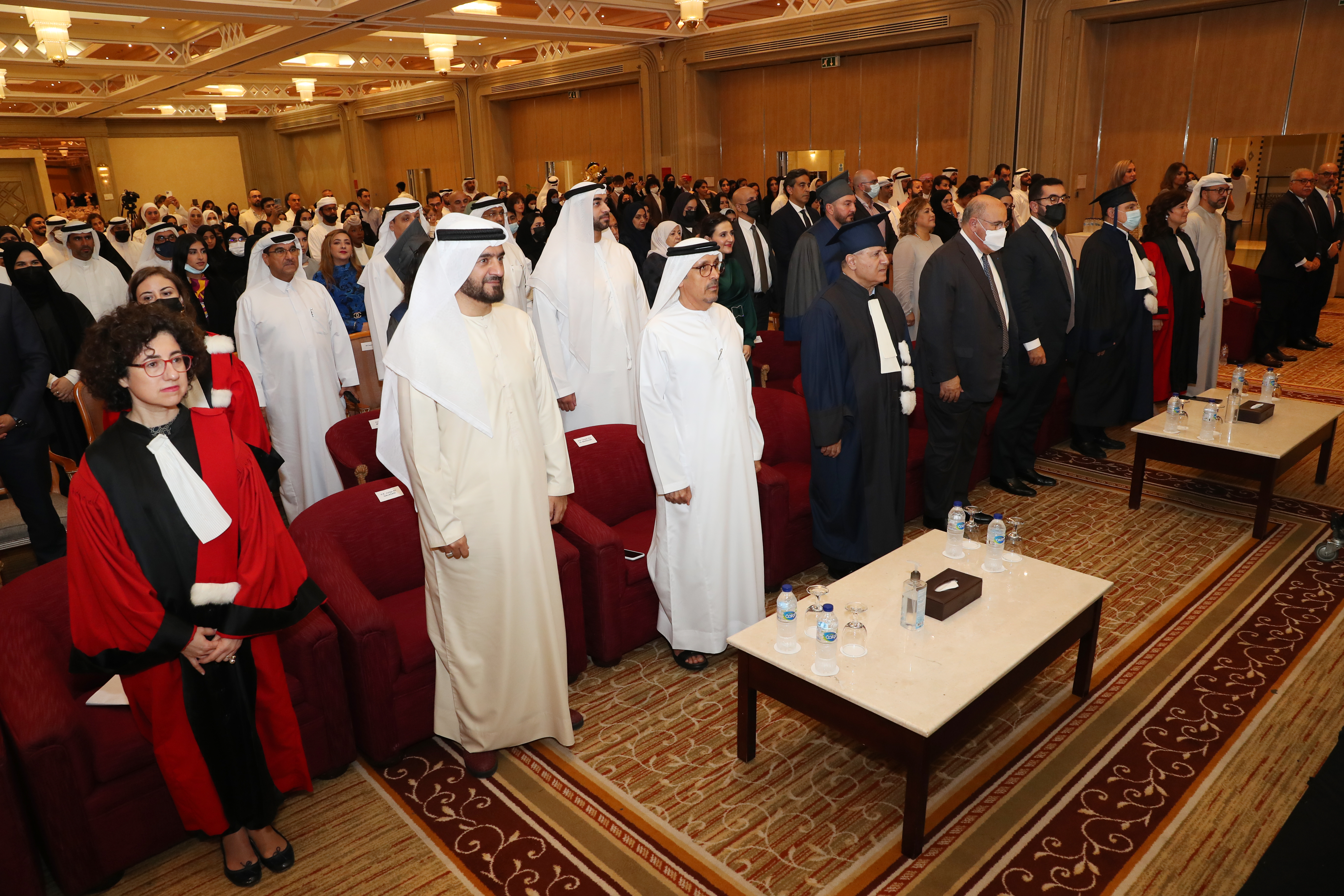 Saint Joseph University Dubai graduated its 2022 Class during a ceremony hosted by the Crowne Plaza Hotel. The ceremony was held in the presence of His Excellency Maj. Gen. Taresh Eid Al-Mansouri, Director General of Dubai Courts and Professor Salim Daccache, Rector of the University, deans of faculties, director of the Dubai Campus, senior judges and advisors at Dubai Courts and DIFC, representatives of major companies in the UAE and the most prominent law firms in the country. The ceremony was also attended by faculty members, administrative staff and students’ families.

Students realized their dreams by receiving their most-awaited degrees during this unforgettable ceremony. His Excellency Al-Mansouri and Professor Salim Daccache conferred degrees on students enrolled in the three programs of the University, the Bachelor of Law program, the LLM in Business Law Program and the Master in Translation Program.

Addressing the graduates, Dr. Al-Mulla, Executive Chairman of Baker MacKenzie Habib Al-Mulla, congratulated them on their achievements and stressed the importance of professional ethics in this intricate yet fascinating field of work. He also encouraged the graduates to pursue their educational goals and to not stop learning throughout their lives.

In his speech, Dr. Hassan Arab, Partner and Co-Head of Litigation at Al Tamimi & Company, touched on the university’s impact into shaping many aspects of his professional career. He gave meaningful advice to the graduates.

Speaking on behalf of the university, Rector Salim Daccache, thanked His Highness Sheikh Mohammad Bin Rashid Al-Maktoum for his confidence in the university and for his efforts to embark on this educational journey together to prepare the national legal elites of the United Arab Emirates.

During the ceremony, 4 students shared the stage to deliver speeches in which they expressed their gratitude and pride.

Finally, the University honored its partners in the Emiratisation initiatives who contribute in the national capacity building efforts. They include Majid al Futtaim, Bank of Sharjah, Al Tamimi & Co, and Al Hourani & Associates. The rector handed them each an engraved Monnaie de Paris Medal as a tocken of gratitude.

Saint Joseph University Dubai wishes its graduates a prosperous future and welcomes them to its extended family of alumni.