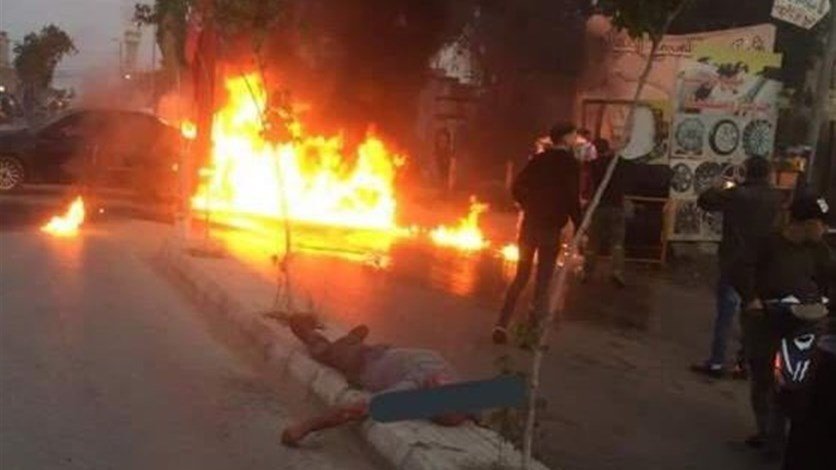 In economics, a Ponzi scheme is commonly assimilated to a game of musical chairs.

It consists of an investing scam that lures early depositors in by proposing unusually high returns on their deposits. However, no real profit is made, as the interests of these depositors are paid off using later depositors’ funds. At the end of this scheme, the last depositors left in the game, with no money left in the system to reimburse their funds, shoulder the losses: hence the analogy to musical chairs (except that, in this scenario, those who stay lose).

Depositors in Lebanese banks all appear to have won this game of musical chairs. And for some Lebanese, the chairs are apparently on fire.

On January 6th, a taxi driver suffering from kidney disease lit his car and himself on fire on the road leading to the airport. Unfortunately, he’s part of a long line of men who have already committed the unthinkable: a father in Arsal, an unemployed van driver in Sidon, a man from Hermel brandishing his clean criminal record. During protests sparked by the latter’s suicide, a sign read:

“He did not commit suicide, he was killed in cold blood.”

Indeed, the effects of this crisis could have been lessened: Hassan Diab’s government, following its hasty formation in the wake of the 17th of October uprising, devised an economic reform plan, after consulting with the international firm Lazard Freres.

This plan intended to make banks’ shareholders and biggest depositors, being the people who benefited the most from the atrociously high interest rate on their deposits, bear the brunt of the losses: their engrossed funds and banks’ capital would be used to pay the debt. The remains would be divided between the rest of the depositors.

This plan sparked a lot of controversy in the banking sector, seeing as most of it is made up by politicians. It was thus discarded when Hassan Diab, and de facto his government, resigned.

The losses are effectively being endured by all depositors, regardless of their income, through haircuts on their deposits, while big depositors get away with smuggling their money away from the country. The losers of this Ponzi scheme, the ones stranded on the last burning chairs, are these small depositors.

Today, we’re burning through lira bills, but people’s dignity, fatherhood and resilience are succumbing to this fire too. We’re living in a country that has undignified us to the point where suicide is the only escape for some.

Suicide by fire might not be new to the Middle East region, but while it led to violent and significant change following Mohamed Bouazizi’s ultimate sacrifice in 2010, here in Lebanon, it is shockingly not even enough to hold accountable those responsible for it, or at the least subject them to criminal investigation.