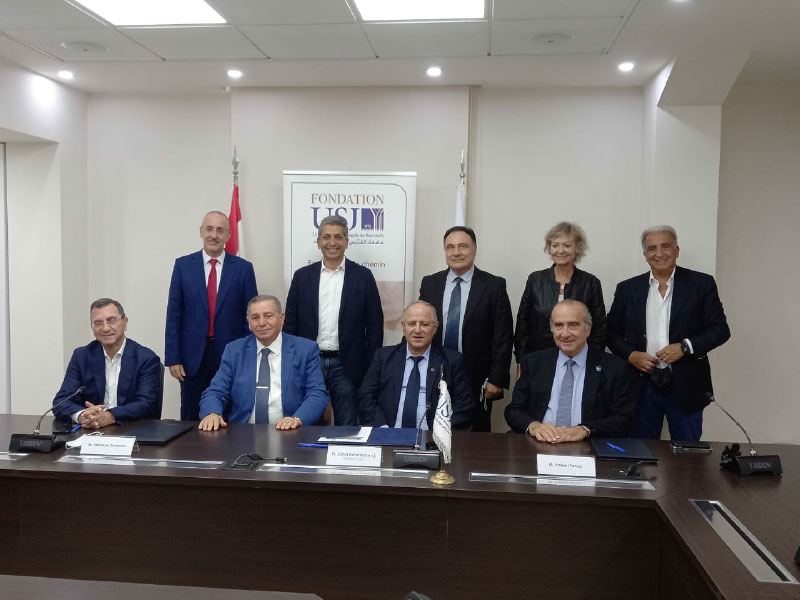 Within the framework of the “Une Promo, Une Bourse” Fundraising Campaign, launched by the Federation of Alumni Associations of Saint Joseph University of Beirut (USJ) and the USJ Foundation, Mr. Robert Tarazi established, along with the Rector, Prof. Salim Daccache s.j., the Promo ESIB 1974 Scholarship Fund, aiming to contribute to the advancement of higher education by providing financial aid to students. Mr. Tarazi’s initiative has been quite inspiring, a true example of leadership by action.

According to Mr. Tarazi, earning a university degree, especially a degree from the School of Engineering in Beirut (ESIB), can change the life of a person, their family and their entourage. The launch of this Fund was marked by a strong desire to strengthen the bond between the classmates of Promo 74.

“As class representative,” says Tarazi, “it was a great opportunity to get in touch with my colleagues whom I haven’t been in touch with for 47 years. The sheer joy of the reunion was matched by the pride of bringing together alumni for a noble cause. After reaching out to half of my class, the response was fast and half of them contributed to the Fund.”

“To get things started,” Tarazi adds. “I launched a scholarship myself, and three other colleagues followed suit. But the joint scholarship of Class ‘74 is the most rewarding. Over two weeks, we had to motivate, follow-up and encourage our friends to get involved, especially since most of the donors do not come from wealthy families, so they understand the importance of donating for the future of many students.”

A dynamic snowball effect is emerging, generating not only donations, but also an awareness of societal issues, a shared commitment to maintaining proper learning standards and a sense of belonging.