Winner of the 2021 Literary Prize of L’Œuvre d’Orient: 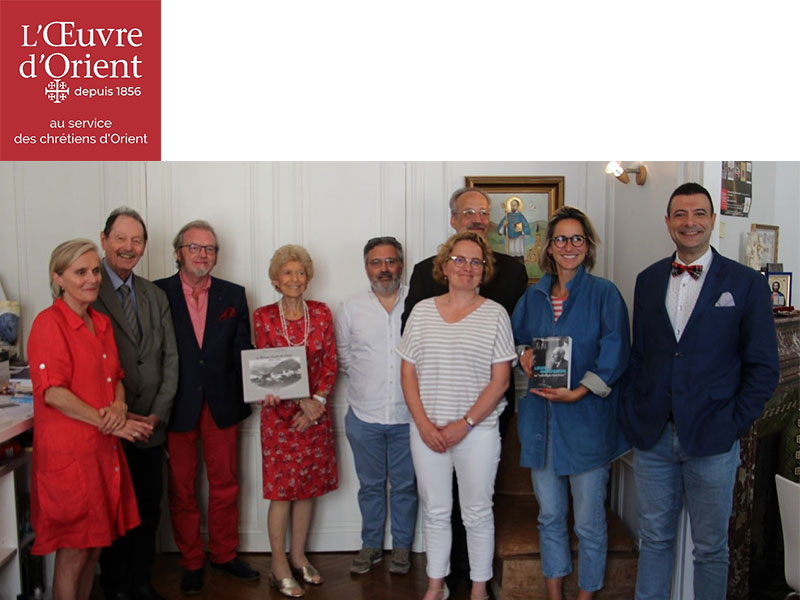 This book is a tribute to the Jesuits who spent 122 years in Ghazir as part of their educational mission.

This book is a meticulous work of memory, featuring black and white photographs, documents and testimonies. It is a novel way of understanding the uniqueness of Lebanon and its identity, both in terms of education and the values inherited from the Francophonie.

Khalil Karam and Charbel Matta highlight the fundamental role of the Jesuits in the service of the Eastern Churches.

“It is a celebration of the union of Western and Eastern Christians.” – Anne Bénédicte Hoffner, Jury Member

“A very moving piece of work that puts together a collection of beautiful photos.” – Hélène Carrère d’Encausse, Jury President

The jury, experts on the issue of Eastern Christians, is composed of:

- Antoine ARJAKOVSKY, Co-director of the Department “Politics and Religions” of the Research Center of the College of Bernardins in Paris.

- Christian CANNUYER, Professor at the Faculty of Theology at Université catholique de Lille and Director of Solidarité-Orient (Belgium).

- Antoine FLEYFEL, Director of the Institut chrétiens d’Orient in Paris, Professor at Saint-Joseph University of Beirut and Member of Œuvre d’Orient.

- Christian LOCHON, Member of the Academy of Overseas Sciences.

The award will be presented by Archbishop Michel Aupetit of Paris during the annual mass of L’Œuvre d’Orient in October 2021.