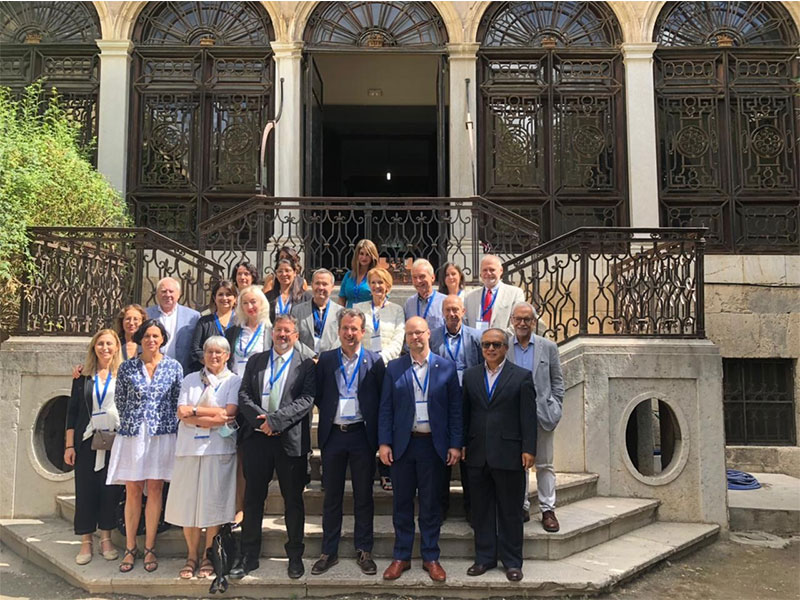 At the Annual General Assembly of CIUTI (in French: Conférence internationale permanente des instituts universitaires de traduction et d’interprétation), held on September 14 and 15, 2021 at the University of Granada (Spain), Professor Gina Abou Fadel Saad, Dean of the Faculty of Languages and Translation (FDLT) and Director of the School of Translators and Interpreters of Beirut (ETIB) at Saint-Joseph University of Beirut (USJ), was re-elected as a member of the CIUTI Board for a second three-year term.

In her speech, Professor Abou Fadel Saad stressed that CIUTI, which now includes 64 universities, should remain a reference in university pedagogy for both translation and interpretation education and a crossroads for innovative translation research projects. She added that CIUTI is committed to reshaping education to meet the new professional needs for linguistic expertise that arise from the amazing digital evolution and geo-political changes of our time, as well as capitalizing on the new opportunities offered by distance learning.

The CIUTI General Assembly was held in tandem with the international conference: Ethics and professional codes of practice for translators and interpreters: new contexts in the profession and training. ETIB was represented at the conference by Professor Lina Sader Feghali, who presented the project “Terminologie de l’enseignement de la traductologie”, a project she is leading in collaboration with ESIT (Paris III - Sorbonne Nouvelle), the University of Paris and the Lebanese University.  With the support of AUF, this project has created a digital platform and an online trilingual database with 141 terminology records already published and 178 others currently in progress.

This large-scale project was praised by the Assembly, which considered it to be yet another proof of the resilience of USJ researchers in the midst of the challenging times Lebanon is going through.