Launching of “Elections, the gateway to change and good governance” conference 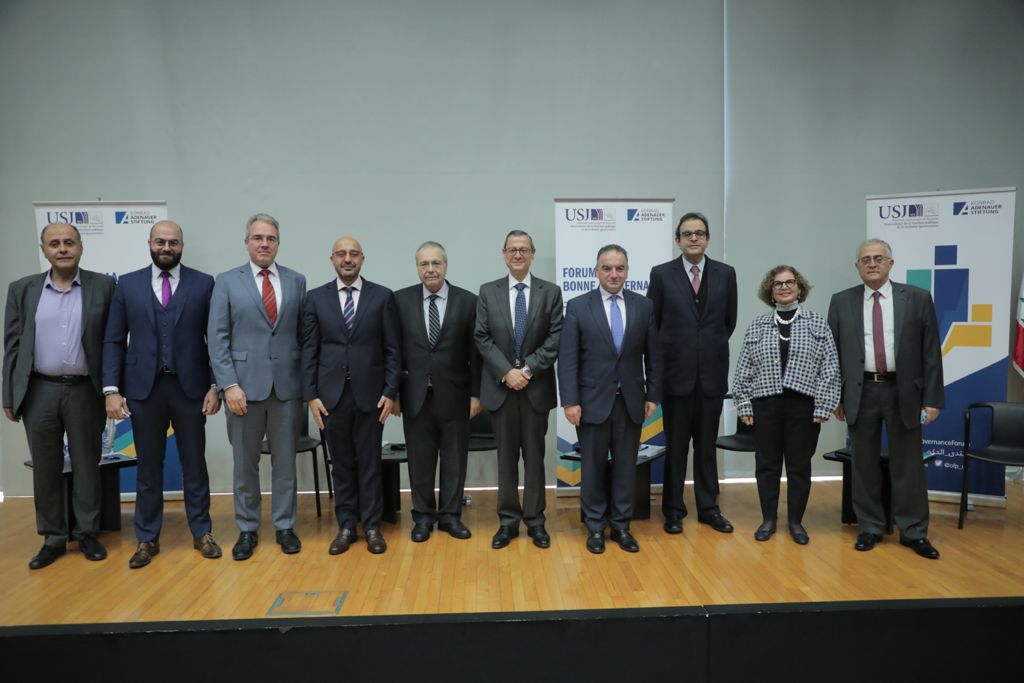 During the opening ceremony, the President of OFP Professor Pascal Monin prepared a speech saying, “We’ve been through a lot in Lebanon: black and white, good and bad, the beacon of the East and the darkness of the East. And here we are today at a crossroads where we are waiting for the future to unfold. We don’t exaggerate when we say that the awaited upcoming municipal and parliamentary elections are the most important in decades and some even say since the birth of Lebanon. They are so because Lebanon is going through an existential crisis and Lebanese people are invited to choose which Lebanon do they want? Do they even want Lebanon, this democratic country that loves life, where citizens strive to stay, where the government is the reference and no power is above its authority?”

He continued saying, “I ask the question most Lebanese ask: are the required conditions to achieve change available, months before the elections’ date? Can elections embrace the powers of change represented by the civil society and the intellectual elite? How much does the current electoral law allow change?”

From his end, the Resident Representative to Lebanon at Konrad Adenauer Foundation (KAS), Mr. Michael Bauer said, “Democracy is about political participation and that means that those who are governed, who should obey certain laws and should follow certain policies should have a say in formulating those policies and laws. And the most obvious way of doing so is through elections that are essential to legitimize or if needed to remove political decision makers, and to select between political alternatives and alternative political programs.”

He concluded by saying, “Let’s join forces and work together to make sure that the upcoming elections are indeed a gateway to change that the country urgently needs and the people deserve.”

As for the Rector of Saint-Joseph University of Beirut (USJ) Dr. Salim Daccahce, S.J., he mentioned in his speech that “today we are combining between the mission of a university which is education and research and its commitment to the country’s issues. Elections are an essential national topic that we must delve into. And the university is the best place to do so because it allows participants to express themselves and to share their ideas in order to organize beneficial elections.”

He continued, “If we want to apply the right form of democracy, we must do some change. This change shouldn’t occur after the elections but before and during. Our hope is that these upcoming elections will be an occasion to remove corruption and not drown us deeper in collapse. Lebanon deserves us when we work for it and therefore we deserve it if we work towards freedom and building good governance.”

Concluding the opening ceremony, the Minister of Interior and Municipalities, Judge Bassam Mawlawi, said, “Transparent parliamentary elections are a democratic gateway towards change and towards reinforcing the bases of good governance. The Lebanese government has pledged in its ministerial statement to organize these elections. I stand in front of you today to reiterate the full commitment of the Ministry of Interior to organize these elections and the proof is the decision issued by the ministry to form committees for this purpose.”

Then, the minister invited international organizations and civil society associations to join the Ministry of Interior in accompanying and controlling the electoral process, to reassure the Lebanese wanting change and good governance that the elections will be fair. He also invited donors to help the ministry in providing logistical needs without interfering in the national sovereignty due to the difficulty of the financial and economic situations. Then he invited all citizens to “participate abundantly in the elections that will definitely take place next spring.”

After the opening ceremony, Father and Professor Salah Abou Jaoude talked in the opening session about the possibility to transition into a modern government amidst sectarianism. Then the first session moderated by the President of OFP Professor Pascal Monin began discussing environment with the Minister of Environment Nasser Yassin, the political aspect in 2022 elections with member of Parliament Mr. Fouad Makhzoumi, a legal perspective into the current elections law with the professor at the faculty of law and political sciences at USJ and the appeal lawyer Dr. Rizk Zgheib and the required criteria for sound parliamentary elections with the professor at USJ and the lawyer in the syndicates of Beirut and Paris Dr. Antoine Sfeir.

As for the second session, it was moderated by the journalist and University professor Mr. Charbel Maroun, and discussed participation in municipal work with Beirut Governor Judge Marwan Abboud, the role of municipalities in development with the President of Saida Municipality Mr. Mohammad Al-Saoudi, administrative decentralization and decentralized cooperation to reinforce municipalities with the President of United Cities and Local Governments association in Lebanon and Director of the Technical Office of the Lebanese Municipalities Dr. Bachir Odeimi , the political and development aspect in the municipal elections – case study of Jbeil municipality with the consultant in development projects and the former member of Jbeil municipal council Mrs. Najwa Bassil Piéton, and modernizing the municipal law with the country representative of the Democracy Reporting International Dr. Andre Sleiman.

Former Minister Dr. Tarek Mitri concluded the conference by giving four remarks about the discussions that took place. The first remark is that “Our current electoral law doesn’t help us, the citizens, in taking political decisions.” The second remark is about the change opportunities where Mitri says that “What matters in elections is transitioning into democracy. Elections are a tool and the ballot box has been put under the light as arbiter of disputes between people, but in the end it is one tool of democracy. There is no future for democracy without true separation between government and authority.” The third remark is that “We are adopting an electoral law that won’t necessarily lead to new people in power because it is revolving about sectarianism and is pushing us towards traditional choices.” As for the fourth and last remark, Mitri summarized it by saying that “Upcoming elections may bring new people in power even though candidates of change advocates haven’t been recognized yet. But electing new people isn’t strictly choosing the right candidates but it is updating politics and its application methods. Till now no new political language driving us towards the future has surfaced.”