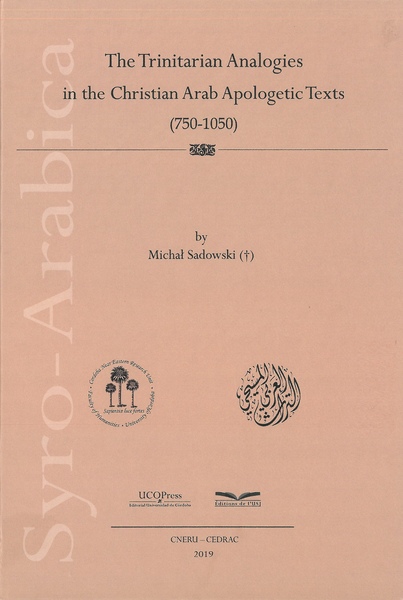 The Middle East faced significant changes beginning in the 7th century, with the arrival of Islam. The Christian communities, which already possessed a well-developed theology inherited from either Greek and Syriac authors, had to communicate their faith and doctrine in Arabic and to defend it against the Muslim accusations of polytheism. Analogies are at the core of this theological discourse.
In his book, the Rev. Dr Michał Sadowski, a recently deceased Polish scholar, presented a rich selection of the Trinitarian analogies used by Christian Arab writers between the years 750 and 1050. The initial date is connected with the oldest known text, On the Triune Nature of God, dated to the years 755-770, and with the beginning of the Abbasid Caliphate. In turn, the year 1050 coincides with the fall of Baghdad under the Seljuks and covers the last author cited, that is, Elias of Nisibis.
The present book is the first study on the Trinitarian analogies in the context of Arab Christian theology which takes into consideration both the variety of authors and the entire period in which they flourished. The importance of this study consists also in its illustrating the development of Trinitarian theology in Arabic during its formative period, with respect to analogy as a particular method and to both the internal influences of each Christian tradition and the external interactions with Islam and Arabic culture. Rev. Sadowski has shown that the analogies are an original contribution of the Arab writers. Seventeen of the studied analogies represent the theological inventiveness of Christian Arab thought. Thus, the theological legacy they inherited was adapted by Arabic Christians to a completely new theological reality.