Appointment of Dr. Toufic El-Khoury as Director of the Institute for Theater, Audiovisual and Cinematographic Studies 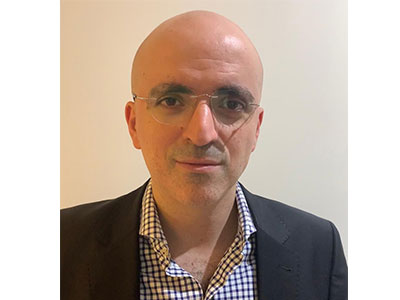 Saint-Joseph University of Beirut (USJ) is delighted to announce that Dr. Toufic El-Khoury has been elected Director of the Institute for Theater, Audiovisual and Cinematographic Studies (IESAV), effective September 1st, 2020.

Toufic El-Khoury holds a master's degree in Philosophy from the USJ, and a PhD in History and Semiology of Text and Image (film studies) from Paris Diderot University (Paris 7). Dr. El-Khoury was a lecturer and coordinator at the Lebanese Academy of Fine Arts (ALBA) of the University of Balamand before joining USJ and IESAV, where he held the position of Graduate Studies Coordinator.

The new IESAV director has published two monographs (on comedy and film noir), a collective work (on cinemas in the Mediterranean countries), as well as about twenty articles in international academic journals in the field of cinema and arts. He is also the author of two novels, published by Orizons (Paris, France): Beyrouth Pantomime (2008) and Léthéapolis (2014).

According to Dr. Toufic el-Khoury, the pressing challenge of his mandate would be to manage IESAV at this very critical time. Similarly, while being in line with his predecessor, he will primarily seek to build bridges between students and employers, improve the visibility of their projects, and foster an ongoing exchange between teachers, students and professionals on the future of their careers and of the performing arts in the country both through the curriculum and through the magazine Regards.