“To Move or Not To Move”: First Edition of the Citizenship Summer School. 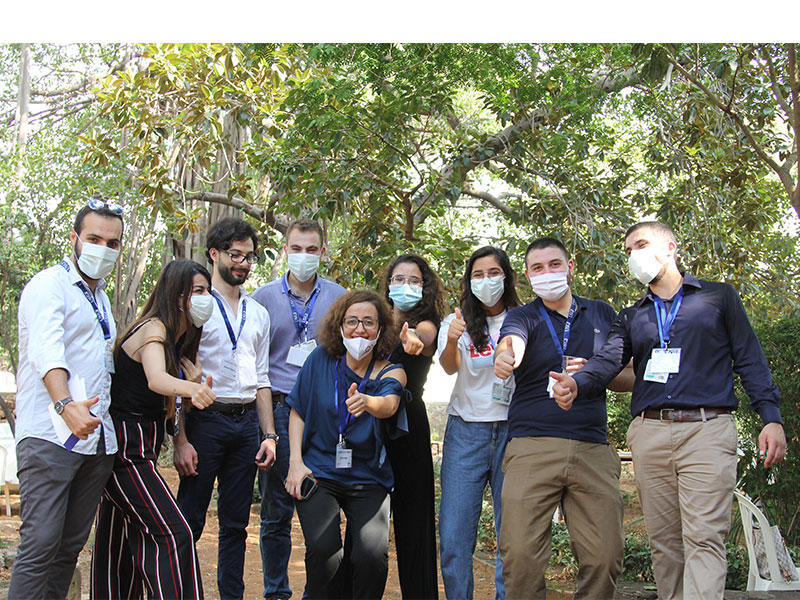 From September 1 to 4, 2020, the Department of Student Life (SVE) at Saint Joseph University of Beirut (USJ) in partnership with the Friedrich Naumann Foundation (FNF) organized the first edition of the Citizenship Summer School. This first edition tackled the theme of revolutions and protest movements in the world and was entitled "To Move or Not To Move".

Gathering more than 80 students from 10 different universities in Lebanon, the summer school welcomed 23 speakers who discussed the different aspects of this current topic and the many foundations that shape it. From the definition and history of social movements, to the role of students, women, artists and the media, to the importance of diaspora participation, participants discovered the components of a revolution in an academic and theoretical approach. They also closely observed real recent examples such as the Ukraine revolution in 2014 with Mr. Oleg Golubenko live from Ukraine, the student movement in Lebanon in 2005 and the Lebanese Immigrant Platform (Meghterbin Mejtemiin) in October 2019.

In addition to the theme, students were able to take advantage of three workshops on Lobbying, Advocacy and Journalistic Writing. The four days ended with a friendly lunch in the garden of the Campus of Medical Sciences (CSM) in the presence of journalists and influencers.

At the end of the program, the SVE and the FNF launched a writing competition where each student submitted a journalistic article discussing a topic covered in the sessions from their personal perspective. First prize winner was Marie-Joelle Courson, a major in History and International Relations at USJ, who won a trip to Berlin in 2021. Similarly, 13 papers were chosen from the TOP 13 list (top 10 in English, 2 in Arabic and 1 in French) and will be published later.

The participants expressed their joy to have participated in this activity which allowed them to better observe the current situation in Lebanon. Following the success of this first edition, Ms. Gloria Abdo, Coordinator of SVE, confirmed that this event will be part of the annual calendar of SVE, always in partnership with the Friedrich Naumann Foundation.