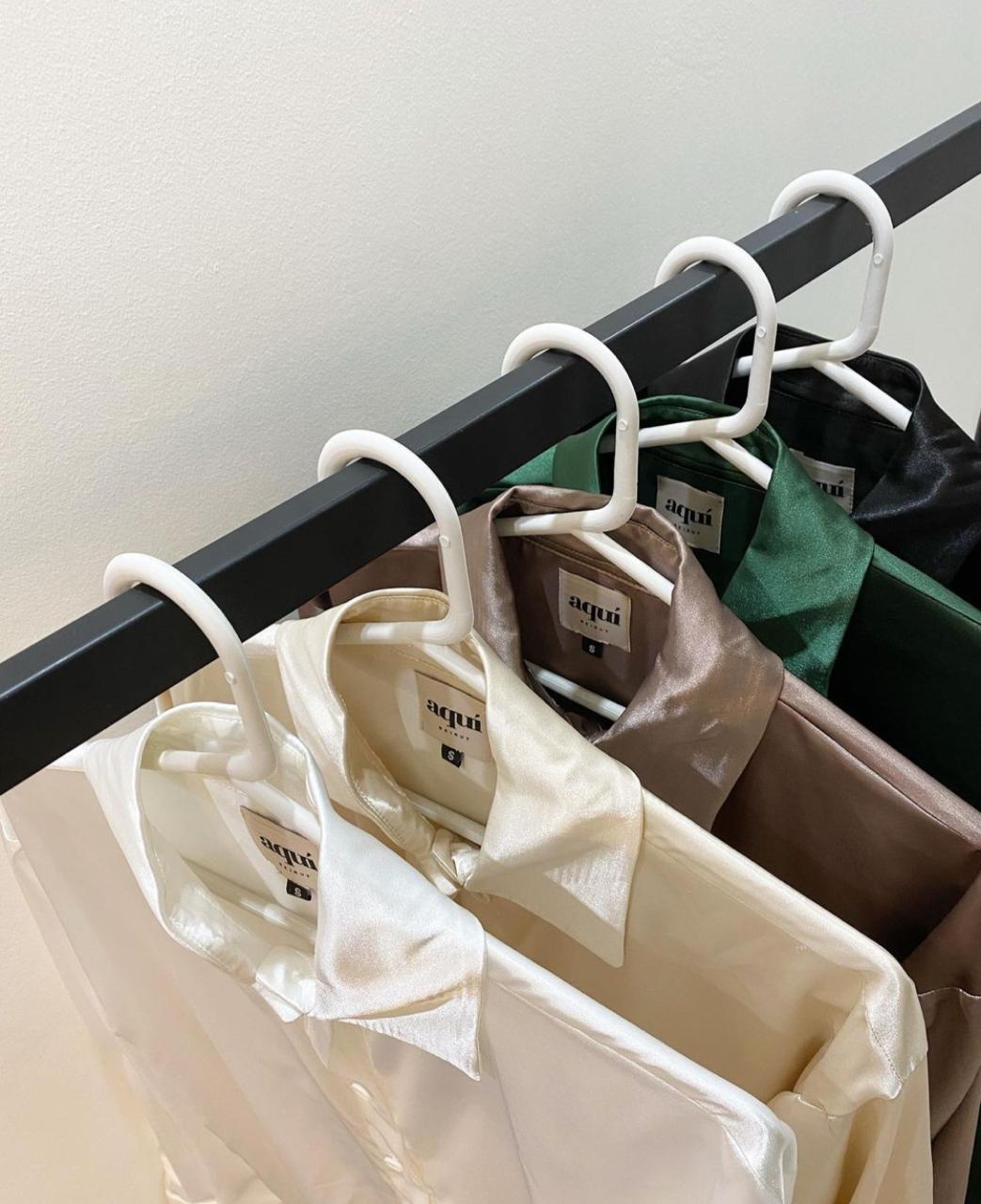 In the last year, when strolling between the racks in a shopping mall became less and less accessible, the average Lebanese shopper’s habits knew a drastic change: strolling became scrolling.

Lebanese took to their screens, trying to keep track of the numerous thrift shops selling their pre-loved clothes for nostalgic, accessible prices.

A meaningful name: aquì, the Spanish translation of the word “here”, carries heavy implications in our current economic state. We realize it now more than ever, we who have for too long turned to the exterior in search of style and quality: the made-in-Lebanon is now both scarce and crucial.

In this interview, we questioned Elissa Hassan, founder of AquìBeirut, in three parts: Personal, Economic     , and Opinion.

In this first part, we get to know the person behind AquìBeirut:

What’s your name? Are you in university or working? What did/do you study?

My name is Elissa Hassan, I’m a student at AUB. I’m pursuing my bachelors in Psychology and I should be going into Medical School next year, hopefully.

Did you engage in any studies related to fashion?

I did not study anything related to fashion, but I’ve liked dressing up ever since I was a child. I even took fashion design courses when I was 13 years old, and did a summer internship with a Lebanese designer. You could say I’ve always been interested in fashion, and always took part in activities relating to it.

What first pushed you to start selling clothes? Did you start with thrifted/used items?

I started off as a thrift shop back in July when thrift shopping wasn’t such a standardized thing in Lebanon yet. I wanted to sell the clothes that I didn’t wear anymore, and part of me knew that this concept would thrive given the harsh economic situation. Come August, I was out of clothes to sell, and people kept asking for more. I started buying two pieces of the same item whenever I shopped for myself, and I began trying to sell these new items on the page. People were loving the concept, the display method and the style, so my page grew in no time.

What made you switch to producing clothes locally?

It was my parents, seeing my page grow, who suggested that I switch up the whole concept and start selling new clothes. This is when I got the idea to produce locally for two major reasons; one, because of the depreciation of the Lebanese lira which made it impossible to import and still maintain a certain acceptable price range, and two, because I wanted this page to completely represent me and my style, so I aimed for unique pieces that one could only get at aquì!